I have verbally committed to play college volleyball at the University of Cincinnati. I look forward to playing in the Big East Conference at UC with Coach Sunahara in 2010. One more season at Punahou… then off to college… Go Bearcats! 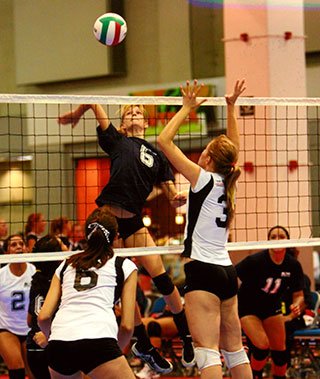 Awarded Bob Fisher Memorial Trophy for outstanding achievement by Outrigger Canoe Club’s youth paddlers. From awards banquet, “Juliana is a deceptive athlete; very quiet and unassuming but possessed of a fierce, competitive spirit and a super-positive attitude every coach would love to encounter.” 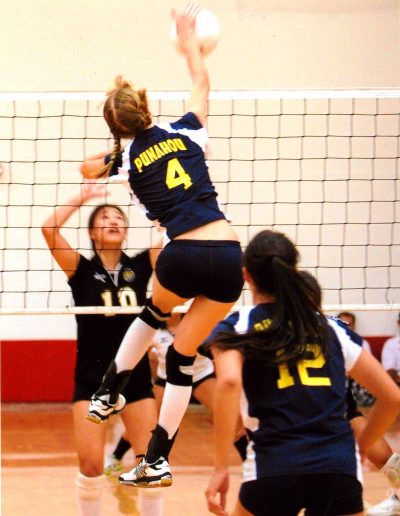 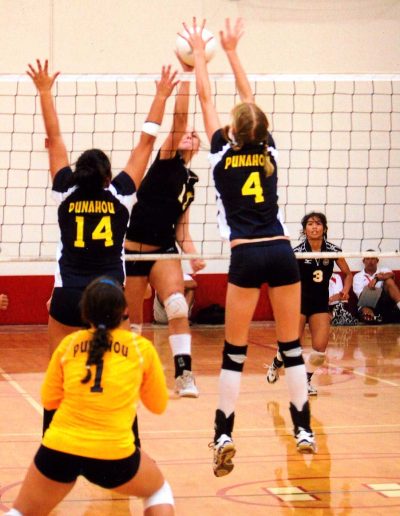 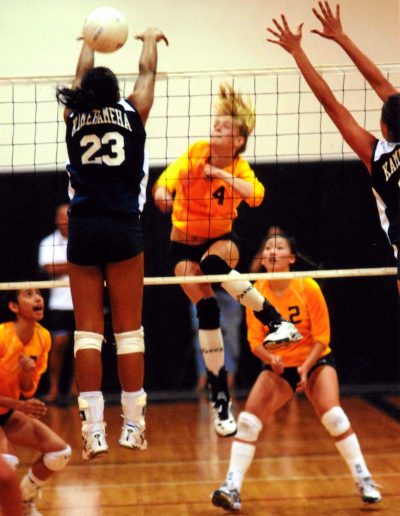 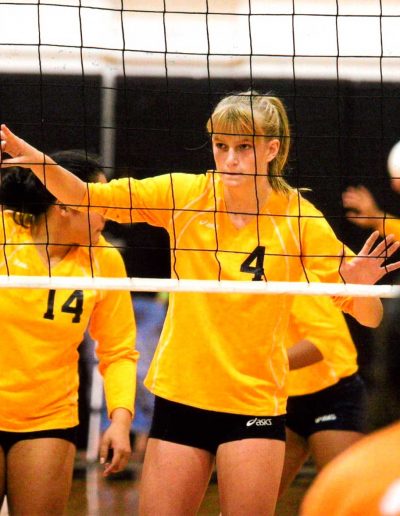 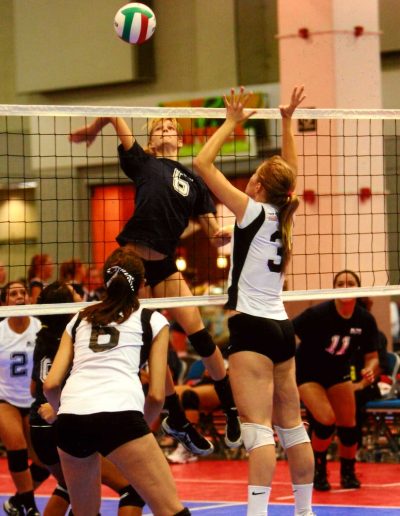 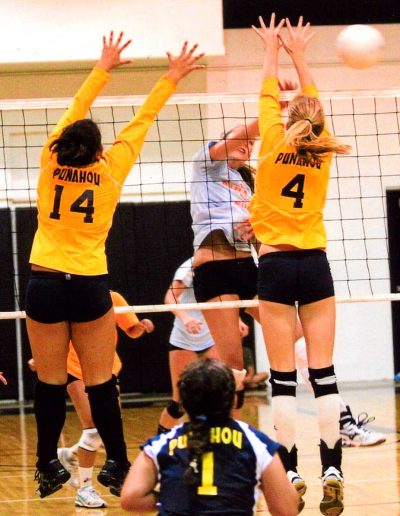 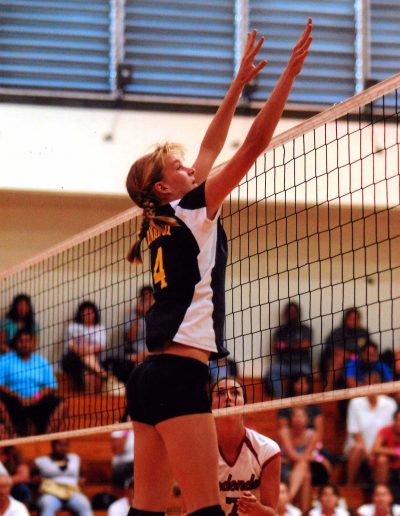 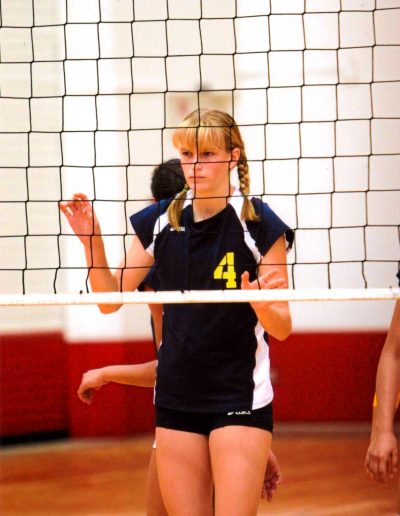 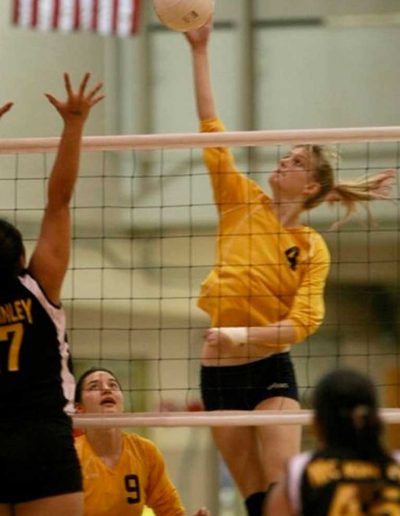 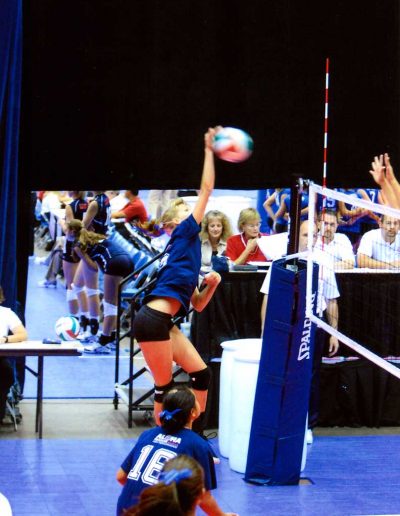 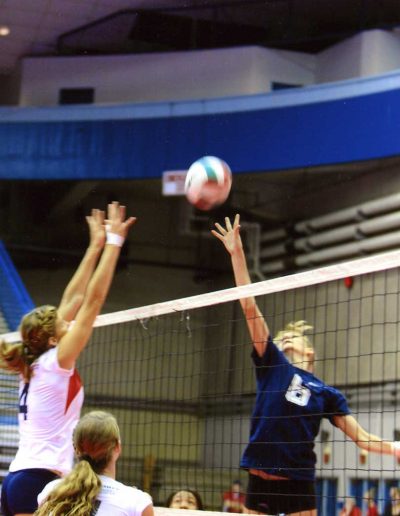 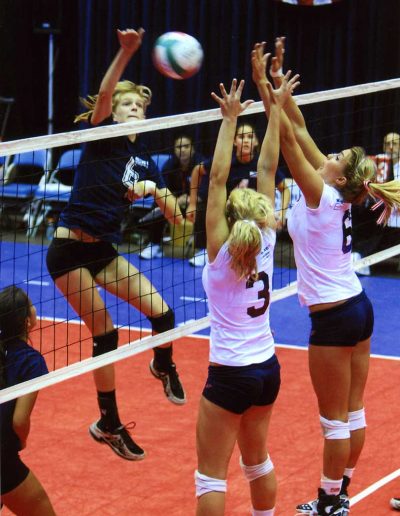 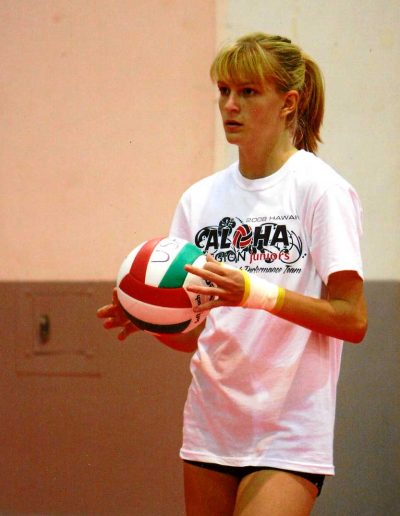 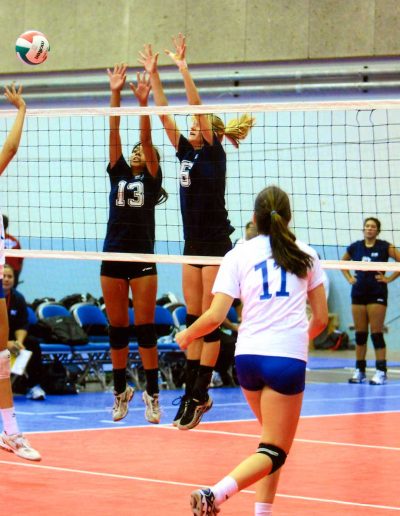 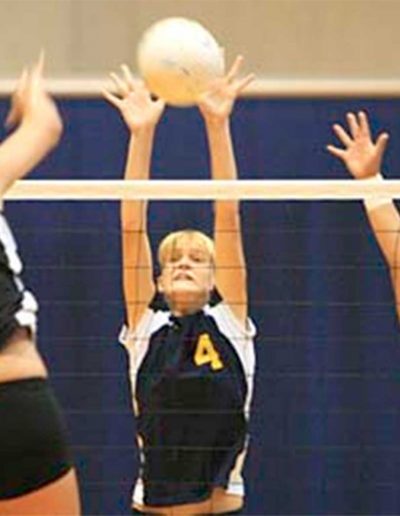 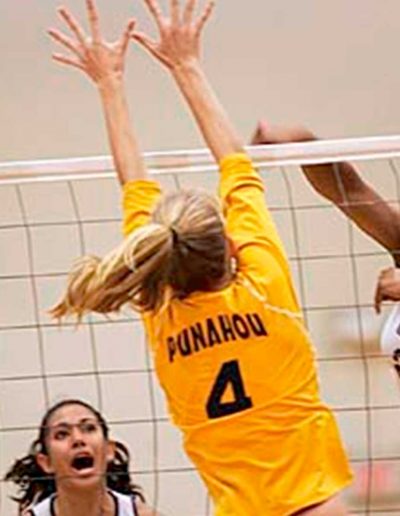 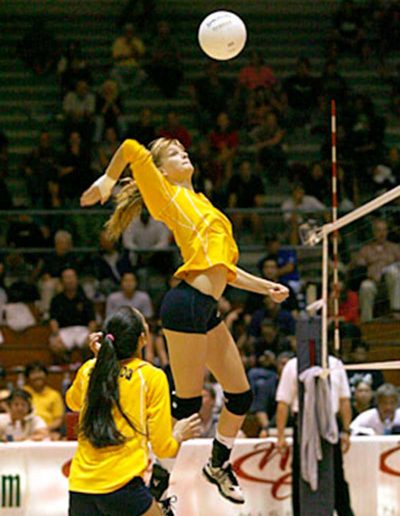 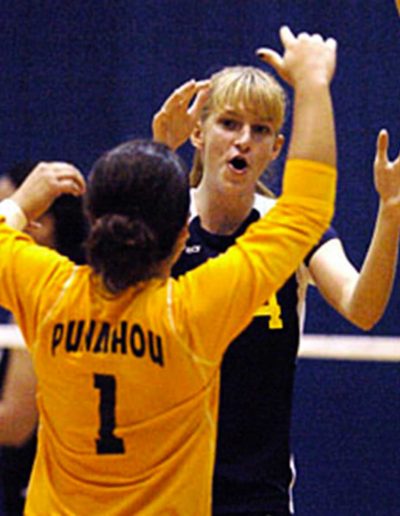 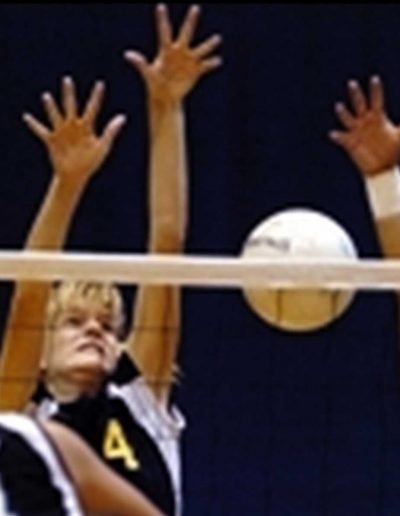 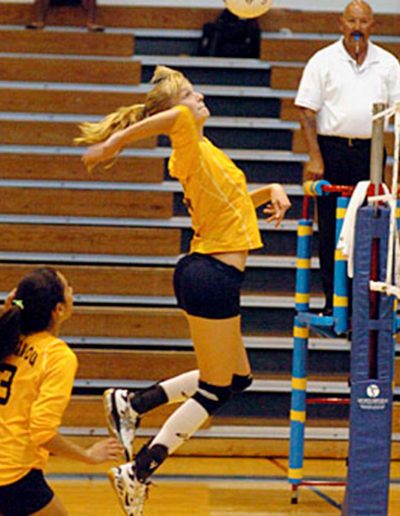 • Juliana was named Athlete of the Week in the Honolulu Star-Bulletin 9/15/09.

• Juliana had 21 kills in Punahou’s win over Kamehameha in the championship game of the Hawaii Invitational. Honolulu Star-Bulletin 8/30/2009. Read full article.

• Juliana was named to the Under Armour Girls High School All-America volleyball watch list for the 2009-10 season.

• Juliana verbally commits to the University of Cincinnati

Juliana had photos in both Honolulu newspapers after Punahou beat Iolani early in the school season. 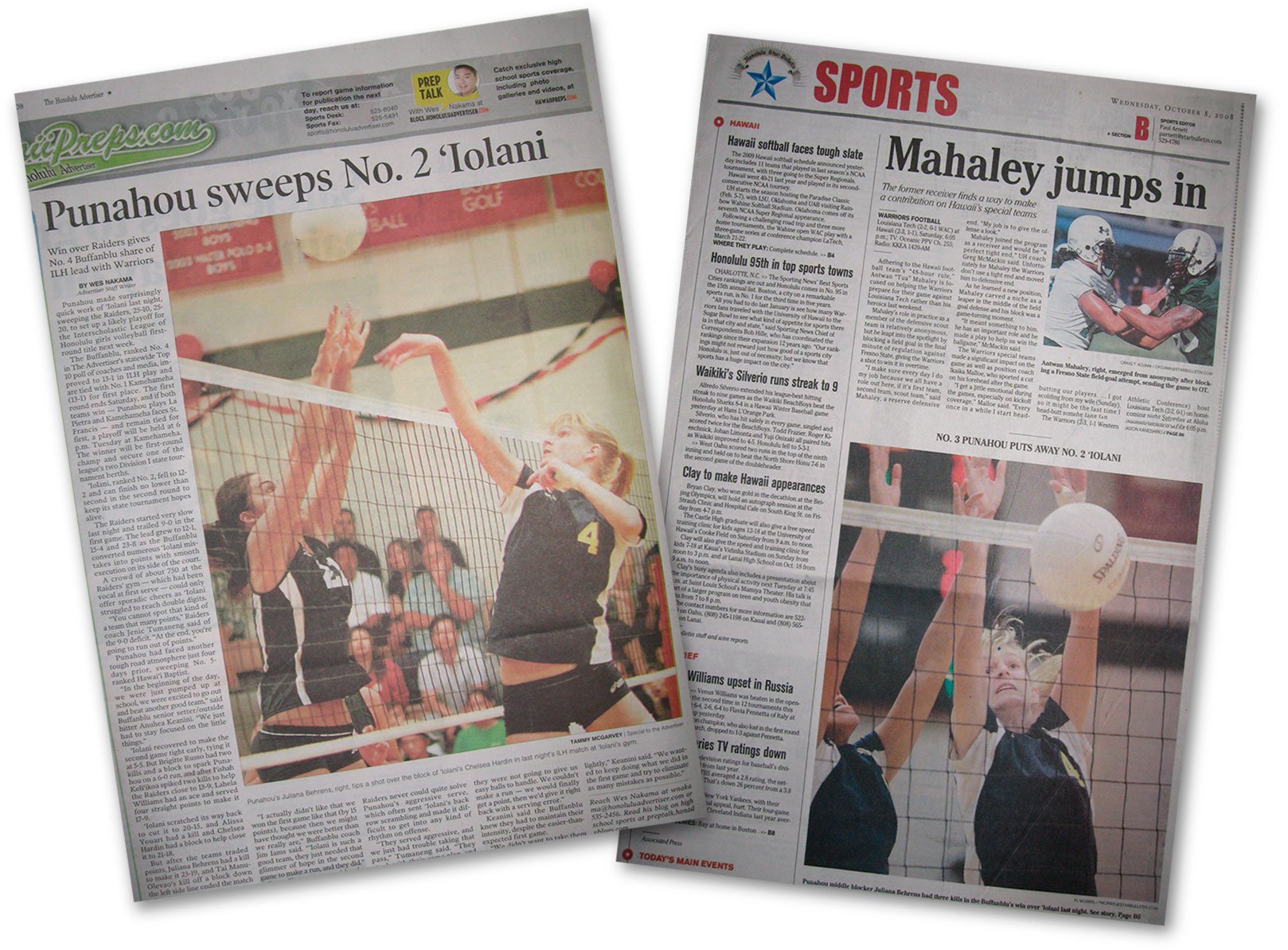 Juliana was named Player of the Tournament at the Emerald City Volleyball Invitational in Seattle, Washington by KBC Sports. See game highlights and her interview in the Video section.

From KBC Sports:
Punahou (HI) made the most of their trip to Washington, taking six straight games in the Emerald City Volleyball Invitational at Eastlake High School. Their offense clicked thanks to the stellar play of junior Middle Blocker Juliana Behrens. Behrens controlled the middle of the court, connecting on better than 80% of her kill attempts. Her efforts opened the door for the Punahou’s success in the ECVI.